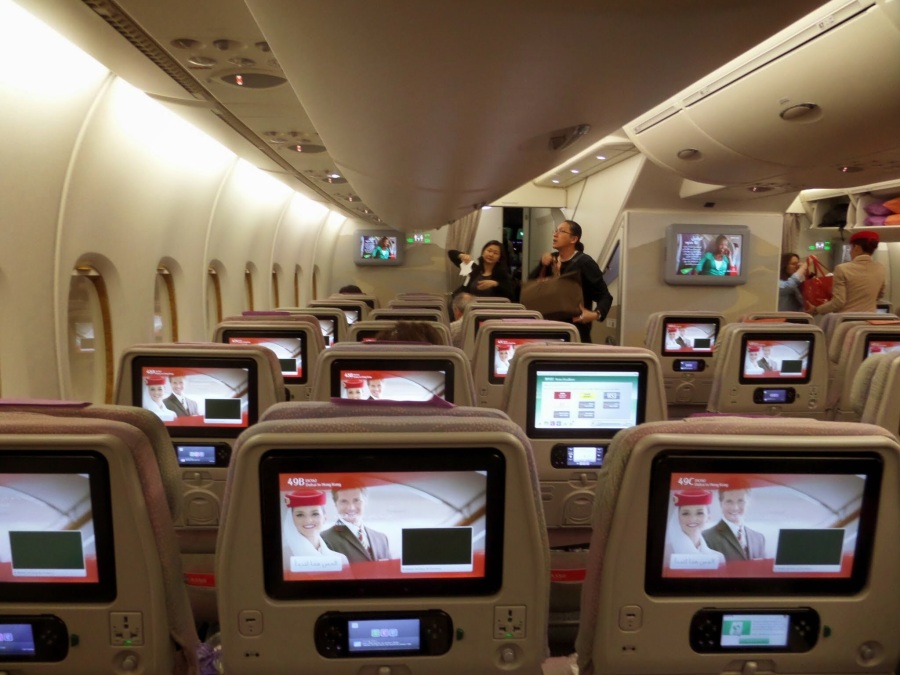 A seven night holiday to Hong Kong, flying from Manchester via Dubai.

We took the train from our home station to Manchester Airport and checked in for our flight to Hong Kong via Dubai.  After cappuccinos in the Giraffe Cafe, it was soon time to board the huge A380 airliner.  It was our first time on one of these ‘super jumbos’ and we found it to be spacious and very comfortable inside the cabin.  Our seats were located in the front section of the plane, as business and first class were on the upper level.

Service on Emirates was good and the In Flight Entertainment (IFE) had a huge variety of options to keep travellers from becoming bored.   On glancing through the box set collection, I noticed Series 1 of Broadchurch, and as I hadn’t seen this previously, decided to take a look.

We landed in Dubai around midnight local time and had ample time to take a walk around the terminal building and enjoy a coffee before our connecting flight to Hong Kong which was also on an A380 airliner.  Our seats were in a similar position to the previous flight and cabin service was attentive with food plentiful and of a reasonably good quality.

I continued watching the Broadchurch box set until it was time to sleep for a few hours then we had a light meal before arriving into Hong Kong’s Chek Lap Kok airport at 2.15 pm local time.  It was my third visit to Hong Kong but my first for 15 years so I was very much looking forward to my week long visit.

We were soon out in the Arrivals Hall and onto Airport Bus A11 to North Point.  The fare was HK$40 each, the journey slow due to traffic congestion around Causeway Bay, but eventually we arrived at the Ibis Hotel North Point, our home for the next seven nights.  We had arranged a harbour view room, and the views from our window on the 23rd floor were breathtaking.  Our room was compact yet modern and well equipped with a good use of space.

We unpacked and then were ready to start exploring.

12 thoughts on “Day 1. Manchester to Hong Kong with Emirates”